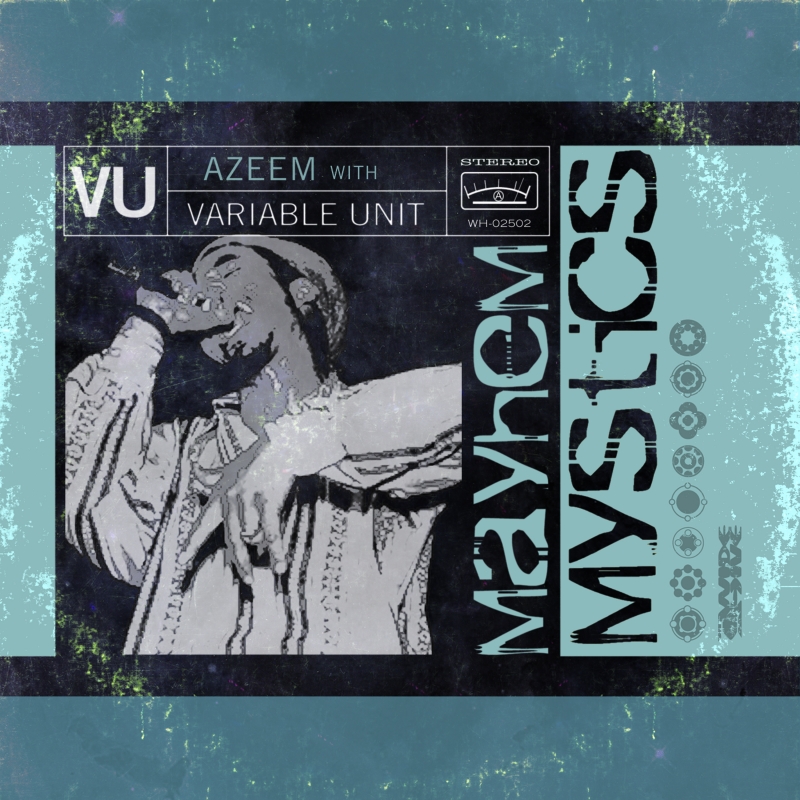 “The sound on this album is simply amazing. It lulls the listener into a comfort zone and then raises the stakes. The intensity is constant throughout, but it becomes apparent only now and then. Ah, the benefits of fine crafting. Quite a diving organic experience.” — Aiding & Abetting

After numerous successful collaborations between Azeem and Wide Hive artists DJ Zeph and Variable Unit, it was only a matter of time that this cohesive energy would emerge into a full album.

The results equal a beautifully crafted release from Azeem with Variable Unit known as Mayhemystics.