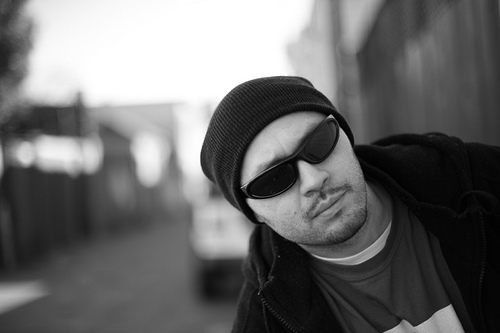 “DJ Quest is the all-knowing master of sight and sound.” — SF Weekly

DJ Quest has become a familiar face in the Wide Hive crew. He is a vital force within the current line-up of Variable Unit, and appears on two VU albums, Mayhemystics and the new Mayhem Mystics Outbreaks.

For his debut 12″ on Wide Hive Records, Bullet Proof’s Back, Quest was reunited with M.C. Eddie K.