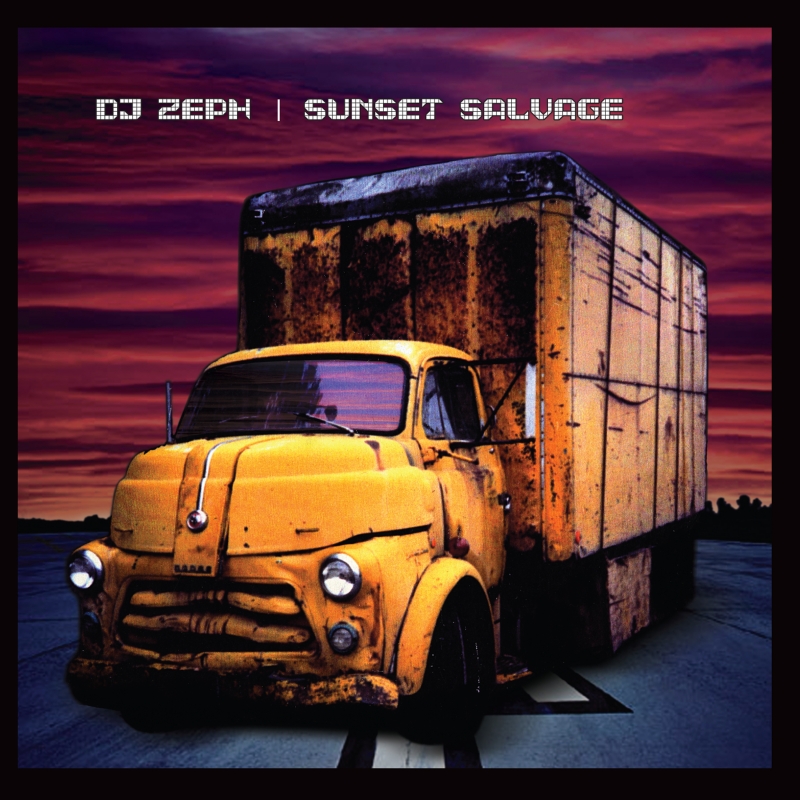 “Percussion-heavy dance floor gems meet mind expanding beats, all covered with thick layers of bass and strings. Songs like “Midnight Crewsade” and “Floorwax” share that 70’s soul groove and have enough boogie to keep the b-boys in check. The ever so versatile Lyrics Born delivers top notch lyricism and breath control on the go-go friendly “Hands Up.” On the other side of the Sunset, you’ll find the spellbinding “Cormorant” and “Listen Hear” that will leave you blazed for days. Imagine if the Beastie Boys recruited DJ Shadow to help make Check Your Head and you’ll get a better understanding of how these tunes flow.” — Beatbots

DJ Zeph has continued to reach successful heights, ever since his eponomous critically acclaimed debut on Wide Hive Records in 2001 that reached #1 in the CMJ Hip Hop charts. The momentum has continued with Zeph taking home the honor of “Best DJ/Turntablist” at the SF Weekly Music Awards in 2002. He now sits firmly alongside Little Brother, Wildchild, and GE-OLOGY as an Urb Magazine Next 100 artist for 2003.

Zeph’s latest album, Sunset Salvage (formerly Sunset Scavenger), steps it up a notch by featuring guest artists Lyrics Born, Vursatyl of the Lifesavas, “Boots” of the Coup, Azeem, and more. This album offers up a diverse range of hip hop including funk driven instrumental jams to disco-infused booty shakers, as well as smooth rocking emcee tracks that roll over Zeph’s signature soundscapes. With an aggressive touring schedule and the ability to please any hip hop and jam-funk crowd, Zeph continues to be one of the most successful and in demand Bay Area DJ’s and producers.