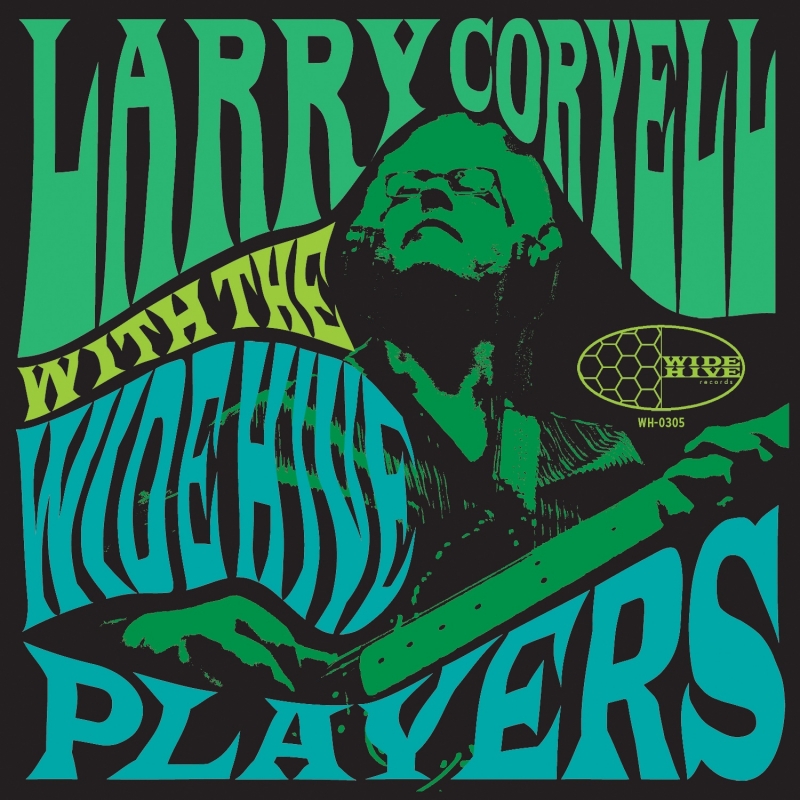 “Larry Coryell with the Wide Hive Players was like liquid honey. The blend of Larry Coryell’s masterful guitar playing and the band’s flavor blended together for a hypnotic listening experience.” — Dana Right, muzicreviews.com

The last thing you hear on Larry Coryell’s latest is a voice, presumably Coryell’s, saying, “It sounded so great, man, I got spaced out and forgot to look at the music.” This provides a summation of the record that bursts with positive energy. With the Wide Hive Players, which recalls Coryell’s frist Eleventh house record, flirts soul, jazz, r&b and Chicago blues, but its loose approach gives it a jam-band feel. - Downbeat, March 2012

“It’s been a long time since I have liked so much music from an artist I have never heard of. This album is simply brilliant!! The fusion of jazz, soul, rock is seamless. It is as though I am listening to a piece of history. Where have I been? …I consider myself a music aficionado. I am an instant fan. The music is mature…and free. A perfect release!!” - Jerry Henry, UCLA Radio

Now this is what I’m talkin’ about! Beautiful set straight up no filler. Well- rounded, very dynamic, and a great overall listening experience from intro to outro. Nice one to start the day with.” - Heather Trussel, Scion Music Group

A really old school jam from guitarist Larry Coryell – one that takes us back to some of the most tripped-out sounds of his early years! Given the cover, you can definitely expect a psychedelic influence to the music – and the group here really helps Larry get back to his roots – finding a sound that's still plenty jazz, but which mixes in some funky and progressive elements too – that genre-stepping quality that really helped Coryell break down a lot of barriers back in the day. Coryell plays both acoustic and electric on the date, and the lineup features some especially nice Fender Rhodes – plus trombone, saxes, bass, and plenty of percussion. -Dusty Groove America, Inc.

Larry Coryell, the ‘Godfather of Fusion (Downbeat), joins forces with the Wide Hive Players for 13 electrifying new tracks. Well-known for his driving tone and intricate flurries, Coryell delivers intense performances atop solid and expansive grooves established by the The Wide Hive Players.

Coryell plays a variety of guitars both acoustic and electric including Brownie, an internationally praised acoustic guitar custom made by Ken Parker as well as a 1967 Gibson 335 and a 1973 Fender Stratocaster.

Primarily Jazz-Funk, the album also glows with overtones of soul, blues and has a definitive rock undercurrent. Overall the record is timeless and current; both reflective of past craftsmanship while remaining progressive and original.

As one of the pioneers of jazz-rock – perhaps the pioneer in the ears of some, Larry Coryell deserves a special place in the history books. He brought what amounted to a nearly alien sensibility to jazz electric guitar playing in the 1960s, a hard-edged, cutting tone, phrasing and note bending that owed as much to blues, rock and even country as it did to earlier, smoother bob influences. Yet as a true eclectic armed with a brilliant technique, he is comfortable in almost every style, covering almost every base from the most decibel- heavy, distortion-laden electric work to the most delicate, soothing lines on an acoustic guitar.

Coryell is playing like it’s bell bottoms and Watergate all over again. All the earmarks from his signature style from that era are there: those flurries of notes, the stinging single note lines, the full chord growl, and his penchant for squashing or clipping notes, that perfect combination of rough-edged mannerisms and clean virtuosity that he practically invented.

An Overdose Of Fingal Cocoa