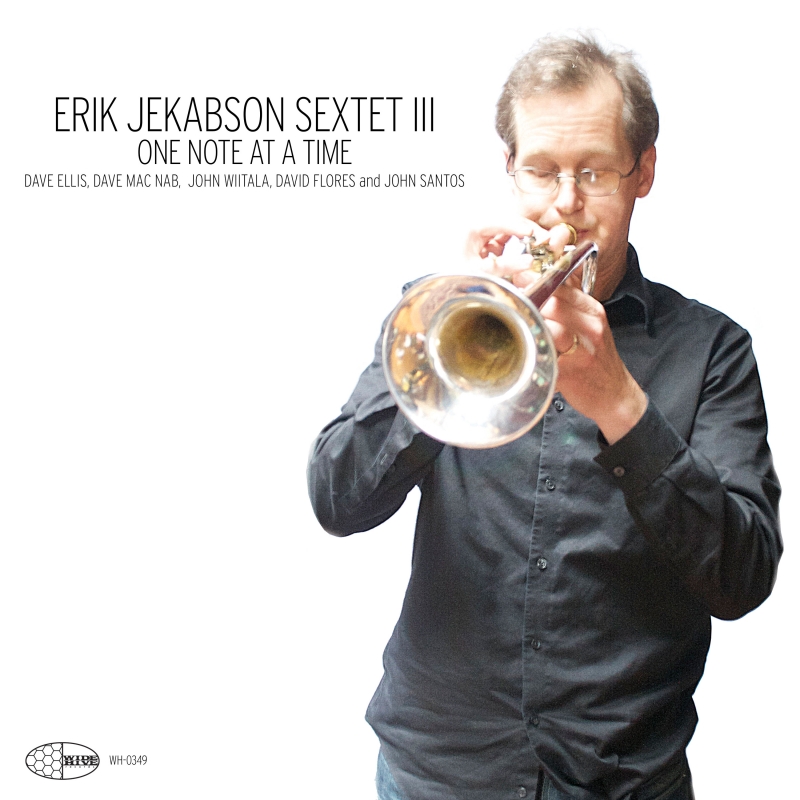 Erik Jekabson Sextet III - One Note At A Time

Erik Jekabson is a well known Bay Area musician who has played trumpet with Galactic, John Mayer and Kamasi Washington in Throttle Elevator Music. Here with his sextet, Erik continues to establish his own sound with a steady transcendent feel.

Traditionally cut at Studio D in San Rafael in one day, the album has a classic song reminiscent of the late sixties, but with a modern edge and energy that makes it truly relevant in the musical current of today.