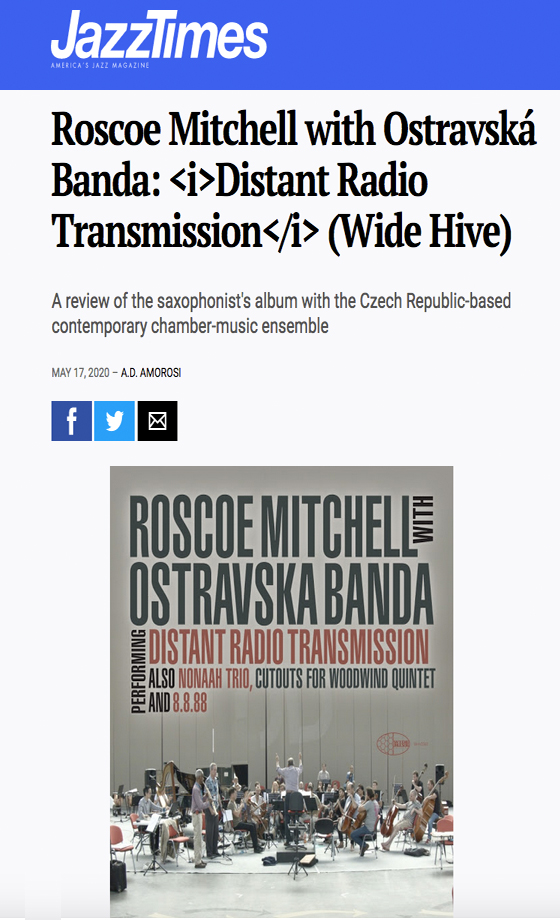 Drawing nigh on 80, saxophonist/composer Roscoe Mitchell—an axe man who can blow high, hard flames or find blowsy elegance in the understated and the meditative—is showing no signs of a slowdown. The co-creator of the Art Ensemble of Chicago and the Association for the Advancement of Creative Musicians has spent his autumnal years breaking new ground with avant-garde performers such as Craig Taborn, Moor Mother, Kikanju Baku, William Winant, Yuganaut, and Matthew Shipp.

Winding their way through a juking, jiving 20-minute journey, Mitchell and conductor Petr Kotik’s 33-piece ensemble capture the abstract—be it playfully fun or nervously diabolical—like a tiger by the tail. With the saxophonist squeaking, soliciting, and snake-charming his way through a daringly goofy center section that finds him in battle stance with Buckner (Robert Ashley’s favorite vocalist), this is dramatic experimental music that never forgets its senses of majesty or humor.